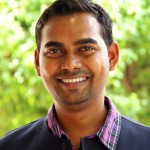 In March 2015, Queen’s School of Rehabilitation Therapy was pleased to announce that it would be a host for Queen Elizabeth II (QEII) Diamond Jubilee Scholarships in International Community Based Rehabilitation (CBR). The unique QEII program runs from 2015-2018.  Students selected for this prestigious scholarship are named “Queen Elizabeth Scholars.”

The QEII scholarship programs “aim to activate a dynamic community of young global leaders across the Commonwealth to create lasting impacts both at home and abroad through inter-cultural exchanges encompassing international education, discovery and inquiry, and professional experiences.”

Throughout their time in the program, QEII Scholars will engage with each other and with QEII Scholars from across Canada and other Commonwealth countries. These connections will support the development of a global network of leaders committed to enabling positive change in communities throughout the world.

In keeping with the aims of the QEII program, our QEII Scholars will be sharing ideas, experiences, and perspectives in series of blogs. The series will be centered on the theme of ‘international perspectives on disability.’ Each student will contribute a piece on this theme based on their experience and research.

Our hope is that this series will support an ongoing exchange of ideas and shared-learning on the topic of disability in both international and domestic contexts.

Marking the first in the five-part series is a piece contributed by Atul Jaiswal. Atul is a doctoral student in Rehabilitation Science who has come from India, where he previously worked as an Occupational Therapist, disability advocate, and Community-Based Rehabilitation (CBR) professional.

A Ray of Hope…

The Republic of India, a country known for its history, religions and colourful festivals, celebrated its 69thIndependence Day on August 15th, 2015. Every year, on this day, Indians pay homage and remember their great freedom fighters with a sense of pride. The day ignites a sense of love for the country and values the hard earned independence of its citizens. Within the largest democracy in the world, there is a very large population of persons with disabilities – approximately 26.8 million according to a Census of India 2011 report. Despite the progress made in the rights of people with disabilities in India, they continue to experience multiple deprivations including lack of opportunities and information to access the available resources in several domains of their lives (World Bank report, 2007).

In spite of these challenges, there is a ray of hope for people with disabilities in this country.  A new bill, “The Right of Persons with Disabilities Bill, 2014,” is in front of Indian parliament, which is an attempt to harmonize the laws of the country with the United Nations Conventions for the Rights of Persons with Disabilities (UNCRPD). India ratified the UNCRPD in 2007 and since then disability rights movements in the nation have advocated for the introduction and passage of a new disability bill.

The new bill, which would replace the Persons with Disabilities (Equal Opportunities, Protection of Rights and Full Participation) Act of 1995, would cover 19 specific disabilities rather than the seven disabilities specified in the current Act.  By including 12 more categories of ‘disability condition’ it means that the government must recognize the rights of a broader range of ‘persons with disability’ and extend  basic rights and the entitlements, such as disability certificates, scholarships, allowances, pension and concessions, to more people. Once enacted, the new law would also increase enforcement and accountability mechanisms, such as the potential for imprisonment and/or fines resulting from its violation.

Hopefully this Bill will be a ray of hope that will bring some positive changes in the landscape of disability and rehabilitation in India. India has a vibrant and growing disability rights movement with civil society involved in ensuring rights for people with disabilities are realized and met effectively. Legislation is one further step to ensuring that people with disabilities receive equal opportunities to live full, contributive lives in society. The new bill was introduced in Upper House of Parliament in 2014 and is still under enactment process by the legislatures in Parliament of India. More details of the new bill can be obtained by following this link.

The writer of the blog Atul Jaiswal, QE II Scholar in School of Rehabilitation Therapy, Queen’s University, can be contacted via email: atul.jaiswal@queensu.ca