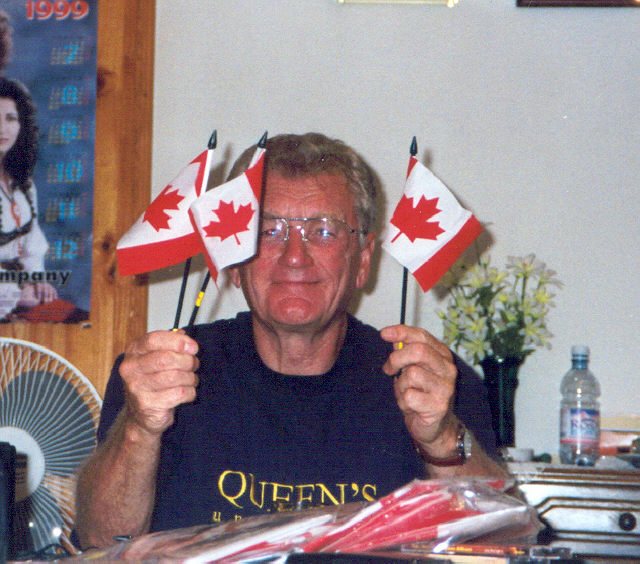 Over this past weekend, family, friends and colleagues gathered at the Queen’s University Club to celebrate the life of Dr. Malcolm Peat, the former Director of the Queen’s University School of Rehabilitation Therapy and founder of the International Centre for the Advancement of Community Based Rehabilitation (ICACBR).  Malcolm died suddenly on January 17th while on vacation in Italy.  He would have thoroughly enjoyed the event on Saturday as it brought together people from many dimensions of his life. Against the background of a slide show of photographs of Malcolm throughout his life, those gathered enjoyed a glass of wine, shared stories about him, and just generally enjoyed each other’s company.  It was very evident that Malcolm had led a full and accomplished life filled with love of his family and friends and that he had touched the lives of so many around the world through his work.  It was an honour to be part of it all.

For those of you who are reading this piece but didn’t know Malcolm, his obituary (http://www.yourlifemoments.ca/sitepages/obituary.asp?oId=1000850) and a tribute published on the website of the Canadian Physiotherapy Association (https://physiotherapy.ca/malcolm-peat-remembering-man-who-lived-boots-ground) highlight a few of his many accomplishments. The School of Rehabilitation Therapy at Queen’s was Malcolm’s academic home for over 30 years. It was here that he launched the ICACBR, which has engaged faculty, staff and students for more than 25 years.  For their thoughts on how he will be remembered, I reached out to some of those who worked most closely with him – here are some of their reflections about Malcolm and what will become his legacy:

As you can see from these reflections, Dr. Malcolm Peat was an inspiring and visionary force.  For my entire career, Queen’s School of Rehabilitation Therapy has been recognized as a leader in Community Based Rehabilitation and the place to study if one wanted an international rehabilitation experience.  The reason for this:  Dr. Malcolm Peat.  I was lucky to have had the opportunity to work with him here at Queen’s.  He will be missed – so many people have benefited from his knowledge, mentorship, friendship and vision that we can only imagine the full extent of his legacy.