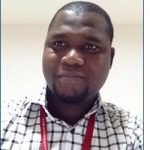 This article was contributed by Surajo Sulaiman, a doctoral student in the Rehabilitation Science program. Surajo is a physiotherapist by training and throughout his career has worked as a clinician, primarily with persons with physical disabilities in Nigeria. Through his research, Surajo hopes to improve the quality of life of polio-survivors and other persons with disabilities in Nigeria.

Poliomyelitis also known as paralytic polio is an acute viral infection which affects the motor neurons in the spinal cord and brain stem, leading to acute flaccid paralysis of the limbs (Ahmad, Arif, Chaudary, & Anjum, 2014; CDC, 2015). Globally, over 25 million people were disabled by paralytic polio with almost 1 million living in Africa (Groce, Banks, & Stein, 2014). In Africa, Nigeria was the last country declared polio-free, although not officially certified by the Global Polio Eradication Initiative (GPEI). Thus, Nigeria is likely to have the largest number of polio-survivors in Africa (Renne, 2012; WHO, 2016). These survivors are mostly children and young adults, who are often vulnerable to social isolation and lack basic amenities such as health care, education and gainful employment, which may adversely affect their quality of life (Groce et al., 2014). Currently, abundant resources from the government of Nigeria, local non-governmental organizations, and international donors are channelled toward sustaining the polio eradication campaign, neglecting the welfare of individuals disabled by the disease (Renne, 2012).

As a QEII scholar and a doctoral student at the School of Rehabilitation Therapy, my research is focused on the quality of life of polio-survivors in Nigeria with the aim of identifying their unmet social and healthcare needs. My planned doctoral research will involve interviews of individuals identified through the Kano Polio Victims Association (KPVA), an umbrella body of polio survivors in Kano, Nigeria. After I receive my Ph.D. degree, I hope to return to Nigeria to contribute toward the improvement of the wellbeing of polio-survivors. By conducting focus group discussions with polio-survivors and stakeholders in the ministry of health and social welfare, I hope to support the development of recommendations based on the findings of my study that could be used to positively influence future policy.